The Write of Way
Caitlin's corner 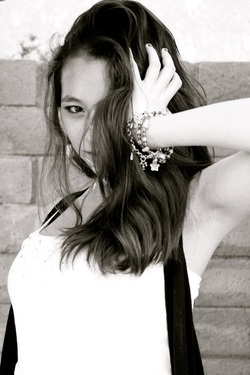 Caitlin E.
Caitlin is a aspiring, young entrepreneur who owns and operates a private public relations firm and is the official public relations executive for the NRA. She coordinates sexy ads for Carl's Jr and is a big fan of the Flat Buns campaign. When she isn't manipulating the public she spends her time in the OR repairing spleens with renown cardiothoracic surgeon Dr. Helen Trang. Her hobbies include, but are not limited to, making jewelry, sewing, modeling, merchandise management, apparel production, networking, dental reconstruction, tutoring, math, exponential growth functions, expanding and condensing logarithms, and Italian.
Helen's personal life 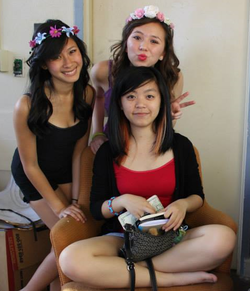 Helen T.
Helen is a professional baker and works for the police station during her free time, helping their forensics team. She has written many scripts for TV shows like Being Human, The Vampire Diaries, and Supernatural to release her inner geek. She is also a full time cardiothoracic surgeon in Seattle Grace Hospital, and a famous photographer and spends her moments photographing landscape. She graduated from University of West Virginia with a PhD in forensics and a PhD in English. She has skipped a lot of years in school when she was a child because she was too advanced for the classes and she is also a famous drum player. She helps Caitlin film her Carl's Jr commericals. Helen is also married to the famous actor, Ian Somerhalder who is a lead actor in The Vampire Diaries.
Jackie's personal life 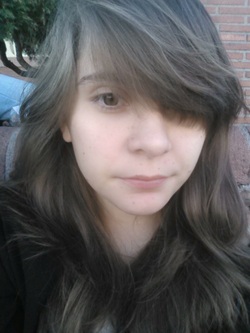 Jackie G.
Jackie is an enthusiastic college student that is double majoring in Writing and Technical Theatre. She has been writing for newspapers since the age of 15. She in an Honours Thespian and likes to spell words with the letter "u" because "it just makes sense that way." She is often compared to Luna Lovegood from J.K. Rowling's Harry Potter series and regularly has dreams about people with no faces.
jean's personal life 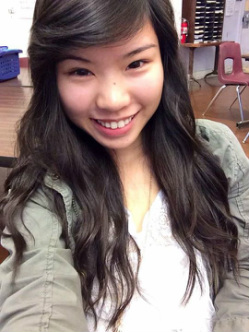 Jean M.
Jean is a talented family practitioner and behavior geneticist, who is currently conducting a research to identify specific genes that affect hyperactivity. She is also a well-known photographer, who loves to take pictures of nature, people, and of course, herself. Aside from her hectic schedule, Jean often spends her free time performing piano pieces in various places around the globe and also contributed in New York fashion week since the year of 2011.
Kathy's Personal Life 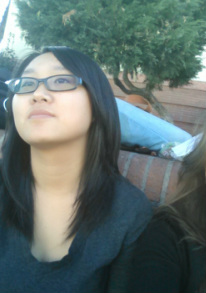 Kathy L.
Kathy is a young and ambitious college student who is double majoring in law and behavioral psychology. She had been helping with newspaper, yearbook, and writing articles since middle school. She was a singer for 5 years and has been in various performance venues around the country and can boast quite a few trophies with her name on it. "In the theatre of your mind, who will you choose to play? In this theatre, who will you choose to play with?" She is a manipulative Slytherin whose idol is Alice Abernathy and a blue alien from Thessia.
leanne's life 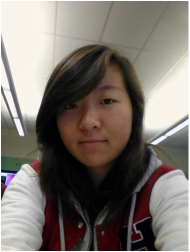 Leanne Q.
Leanne came to the US at a young age to pursue the american dream. She hopes to take care of young children and clean up after their messes. She also manufactures gum products for Wriggly, and also handles foreign affairs in China. She has written three great american novels about her trip from China to the US and the hardships her family has faced to give her this life. She is currently studying anthropology at UC Davis and aspires to make a difference in the world and does charity work for poor Chinese families who don't have immigration rights.
Powered by